Making a clock out of a picture frame, genius! At least that is what I thought when I saw this great tutorial. 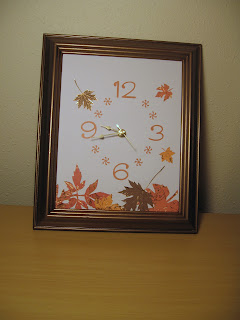 Ingredients:
I loved this idea at once and went to get the necessary items. I knew I wanted to get a cheap, old frame from Goodwill, but that week they did not have anything I liked. Bummer. But I found a fun frame this week so I am in business. Luckily I still had spray paint from my DIY Dresser Tutorial. Then all I needed was a clock mechanism. They had several to choose from at Michael's. I did not need one with numbers because I would make them myself, and they are cheap looking anyway. 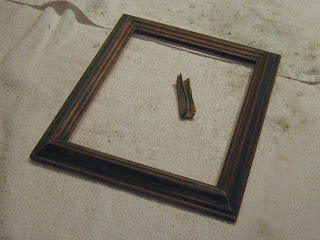 You want to sand it really well so the paint will stick. This took me about half an hour. I put a sheet down because it made a mess. I would have done it outside but the Portland winter has begun and I prefer to stay warm and dry.

2. Wipe down the frame with a damp cloth. This removes all the dust that you just made sanding. 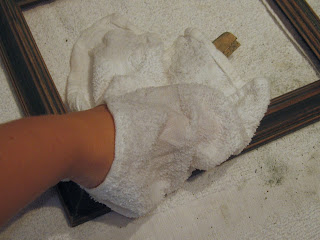 3. Spray painting is a no no inside, so I took my crafting outside. Luckily I have a covered porch (Yay!) so I did not have to wait until next spring. I did not bother with priming it because it will not be messed with after it is hung on the wall. It did take a couple coats of bronze to cover up the deep forest green. 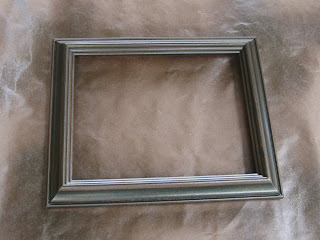 First coat. You can still see so much green! 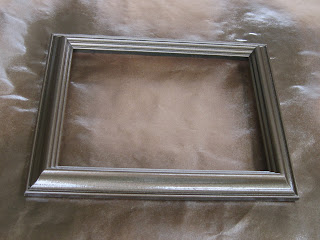 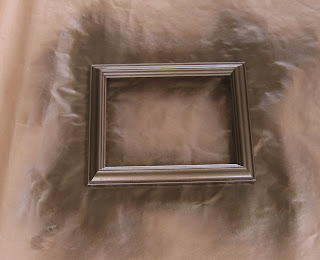 Third coat! Looks amazing now. I definitely hosed this thing down with paint to make sure it was covered.

The can says to let it dry for 30 minutes, based on 70 degree F weather, so I decided to double that since it was probably around 60 degrees and raining. While waiting for this to dry I worked on the clock face.

First I decided on a color scheme and the paper I wanted to use. I have this beautiful leaf cardstock that I knew would look amazing on the clock. 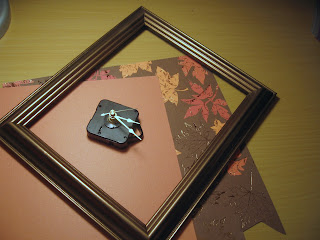 Make sure to find paper that looks good with the frame!

Then I cut out the numbers. I have a Cricut Machine which is this amazing contraption that cuts paper for you! I recommend it to anyone. 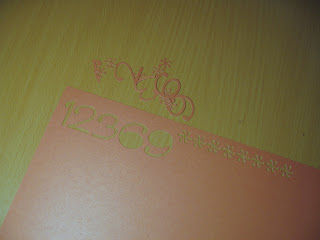 As usual I made the project harder than it needed to be. I wanted the leaves on the cardstock, but not the brown background. So, I went to work cutting out leaves. I used an x-acto knife for this as it was so detailed. 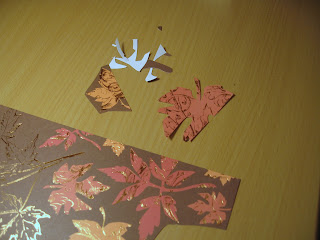 Next I had to put a hole in the center for the clock mechanism to go through. I wanted to do this now before I put the decorations on the paper, just in case I ripped it badly and had to start over. I measured the paper to find the very center (do this on the back). Then I took the washer and traced the inner circle on the paper. Using the x-acto knife I cut out the circle. I did this to the background paper and the cardboard backing. 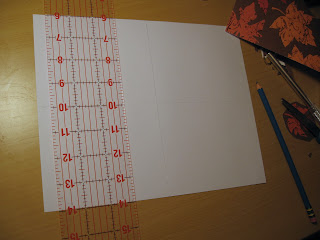 To attach the leaves you could use a normal glue stick, but I have something much better. It is called a sticker creator. You feed the paper into the front, turn the handle, and out pops your paper with stick-em on the back. genius! For the bigger pieces I used a glue pen. 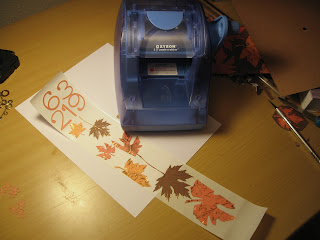 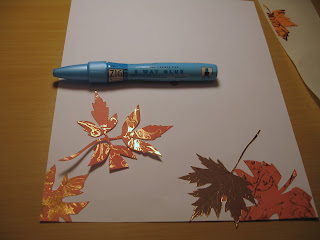 Gluing everything on was the best part of this project. I finally got to see these cute leaves in action! 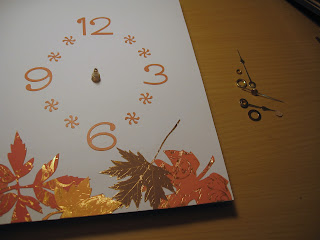 The clock mechanism came with no instructions; lucky me. It was pretty easy to figure out on my own though. First I stuck the main mechanism through the center hole. Then I attached the first hand. 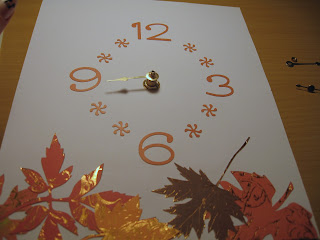 Then the second, followed by a tiny screw. 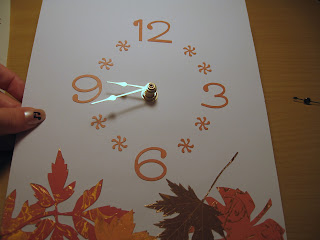 And finally the last hand which just pops in on top. 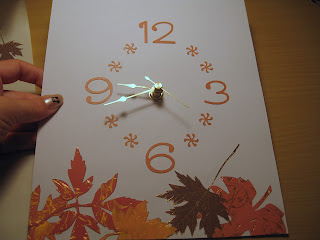 I added the last few embellishments and it is done! 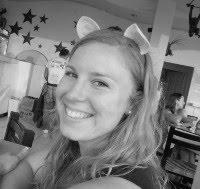